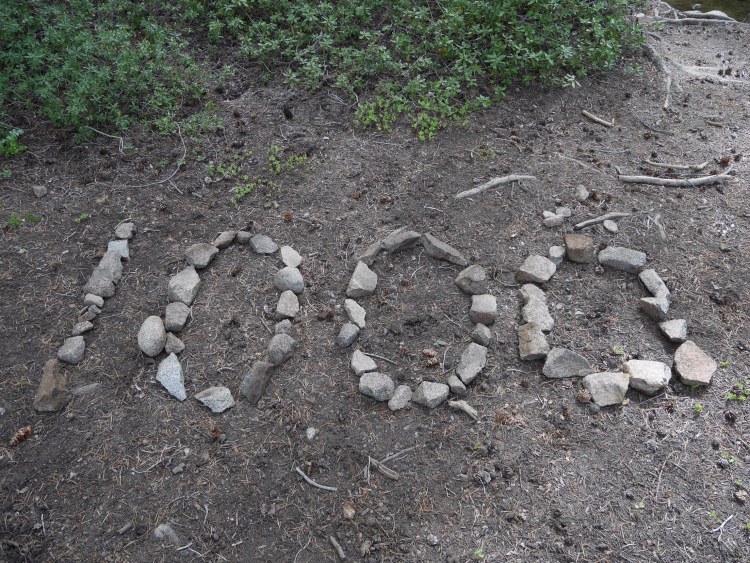 Tradition has it that June 21st is naked hiking day. Deb had been talking about it for weeks now. I’m not sure if she was planning on participating or just excited about the idea of the buff mostly male hikers around us. Unfortunately, the mosquitos have been especially vicious in this section of the Pacific Crest Trail and no one was seen participating in the event.

We have other reasons to celebrate today: we successfully hiked the often difficult Yosemite Wilderness, and we hit a major milestone. Shortly after climbing a very gentle Dorothy Lake pass, we exited Yosemite Wilderness and entered Hoover Wilderness where less than 2 miles later we reached 1,000 hiking miles! For some hikers this might be enough, but we pushed onward. We have many, many more miles to go…

We continue to be stoveless since the Jetboil broke yesterday. Starbucks Via coffee is not so good made with cold water. Mountain House freeze dried meals were not that bad if you let them rehydrate in cold water for an hour. We will be picking up supplies at northern Kennedy Meadow tomorrow. We may have to swap out some of the food we sent ourselves for no-cook food. When we get to South Lake Tahoe in about five days we will be able to replace our stove and cook once again.